Description: Thanks Al. Thanks Bruce. Thanks Eric Fahlgren. Thanks everyone else. Without this project I'd probably be stuck with some limited piggyback computer or given up on this turbo project.


I don't have any recent photos of the car but here are a couple of shots when test-fitting the new exhaust manifold and the Garrett turbo. 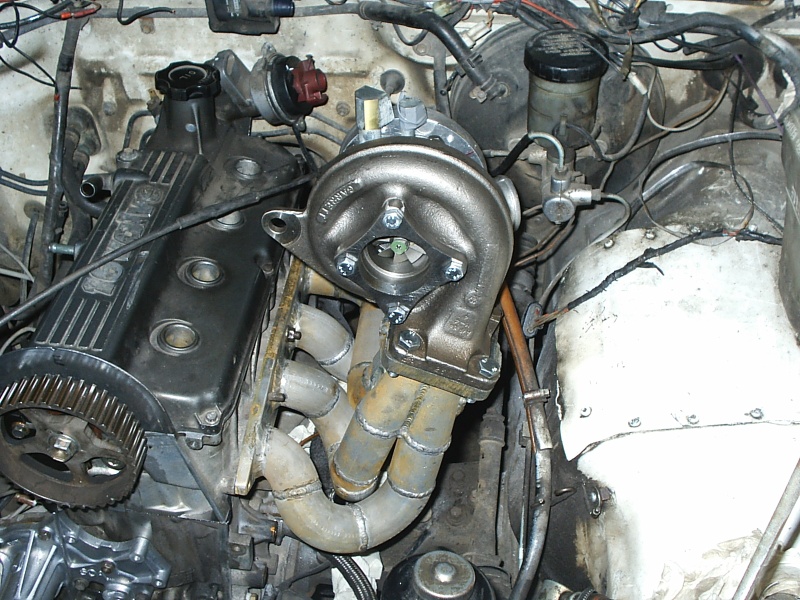 There are some older pictures at http://www.foo.is/gallery/vitara
Top

I have a stock normally aspirated 96-98 1600 16V w/ MFI and Ignition running MSII V3, in my 87 Samurai. I'm just starting to tune. Any numbers you might have for a starting point would be a big help and greatly appreciated.

I have a stock normally aspirated 96-98 1600 16V w/ MFI and Ignition running MSII V3, in my 87 Samurai. I'm just starting to tune. Any numbers you might have for a starting point would be a big help and greatly appreciated.

I know this is an old thread but no harm in trying. Does anyone have data for a stock 1997 Vitara 1.6 16V? I've never used MS before but I've done projects of this sort of complexity before so I should be able to handle it. I just don't want to do it if I need to start from scratch!
Top
Post Reply
4 posts • Page 1 of 1